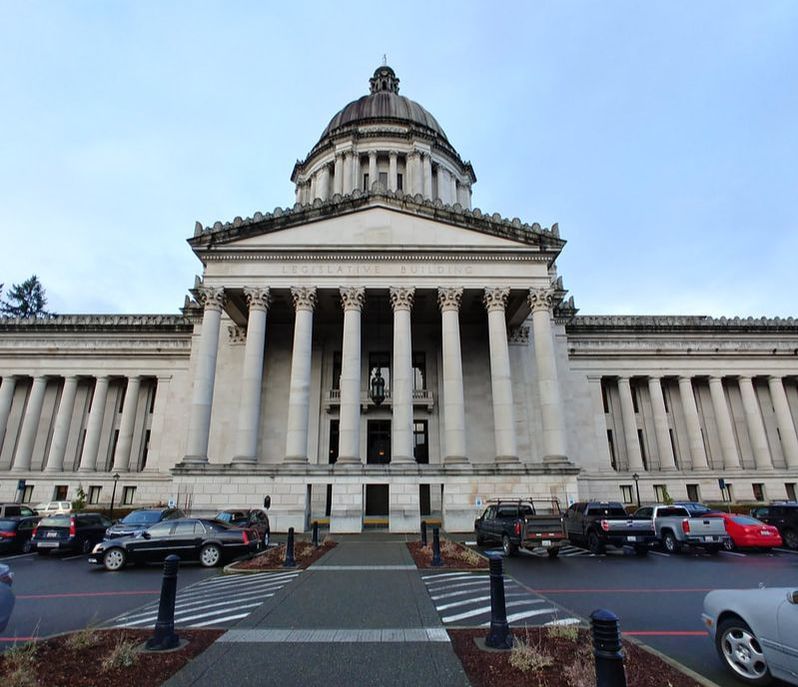 In the summer of 2016, Washington politicos spent their days obsessed with a special election State Senate race in the 44th legislative district. While it was clear that the outcome of the election in the 44th would set in motion a new organization of power in Washington state, the change in culture in Olympia could not have been anticipated. With Senator Manka Dhingra’s win in the 44th, the Democrats came into the supplemental budget year with a broad, aggressive agenda to regulate and reform carbon policies, labor, land use, criminal justice, and establish firm opposition to the activities of the federal government. Further, with Democratic control of both chambers, this new political environment made it possible for many small pieces of legislation to reach the Governor for signature--legislation that could not pass the legislature in the previous five years. Even with this broad agenda, Democrats put a remarkable amount of focus and emotion in the housing policy debate this year.

​The first housing agenda item taken up by the legislature in 2018 was a fix to the “Hirst issue”. In 2016, the Washington State Supreme Court ruled that property owners would be required to take on new costs to prove that their permit-exempt wells were not damaging streams and fish. After the decision came down, counties needed to prove that prospective homeowners were not damaging the environment before issuing building permits. This obligation created a huge chilling effect on development in the rural areas of our state. Early in the 2018 session, the legislature passed SB 6091 with bipartisan support, which clarified that new private wells do not need to meet the onerous requirements set out in the Hirst decision. Even though all sides agreed that the “Hirst fix” was needed to help Washington development operate across state, the two year debate on the issue underlined a split in local and rural housing priorities between the parties. This division will continue to be highlighted throughout the next election cycle.

While both parties understood the critical need to solve the Hirst problem in 2018, other housing policies offered by the majority Democrats were far more controversial. Perhaps the most daunting legislation brought forward for debate were bills that would remove the statewide prohibition of local rent control. HB 2583, sponsored by Representative Nicole Marci (D) 43rd, received a public hearing in the House Judiciary Committee. Hundreds of interested people attended the hearing, with a large showing of individual property owners who strongly opposed the legislation. Unfortunately, the public hearing had so little time that almost all property owners were not able to testify about their concerns with the policy. In the Senate, a companion bill, SB 6400, sponsored by Senator Rebecca Saldana (D) from the 37th district, received a hearing in the Senate Financial Institutions Committee. While property owners were able to speak on the record more freely in the Senate, the hearing was dominated by the testimony of Seattle City Councilwoman Kshama Sawant, who chastised both Republicans and Democrats for not doing enough to progress the Socialist agenda and threatened to take action on rent control at the local level, perhaps even without a change to the underlying statutes.

Rent control bills did not move through the legislative process beyond the public hearings for 2018, but with new Democratic majorities, the issue of a statewide Source of Income Discrimination in housing was aggressively pushed to pass this year. RHAWA’s government affairs team has been participating in the stakeholders’ discussions on this issue for a number of years. Beyond creating a statewide protection for all lawful sources of income, HB 2578 created a Landlord Mitigation Fund at the Department of Commerce to provide assistance to landlords who are renting to subsidized tenants. The fund will pay for holding fees, repairs, and damages that may be caused by a subsidized tenancy.

While source of income discrimination and rent control were the dominant policy debates directly regulating private rental housing, several bills were passed with the new majority that create more funding and access for public and non-profit housing, including HB 1570, which increases and makes permanent the document recording fees that fund homelessness; HB 2538, which exempts shelters from paying development impact fees; SB 6614, which will reduce the property tax increases in 2019 that were created by the levy swap solution to the McCleary decision, requiring the legislature to fully fund education in 2017; and SB 6371, which increases the debt limit of the Housing Trust Fund from $6 to $8 billion. The final budget will also contain the policy from HB 2437, which authorizes local governments to create a local sales tax, credited against the state sales tax, to fund affordable housing.

After a hectic 60-day session, Democrats are emboldened to increase their majorities in a favorable election cycle, and return to Olympia with a broader housing agenda to push through stronger single-party government. Property owners across the state will need to focus their efforts both in the election season and in the legislative session to prevent further diminishing of Washington's critical private housing markets.