RHAWA’s Legal Defense Fund serves as the last line of defense to defend your rights as a private property owner. Our LDF exists uphold your rights against state and local laws which violate our state and federal constitutions.

Increasing regulation and burdens placed upon landlords has forced RHAWA to respond by increasing its focus on legal battels to overturn bad laws which harm rental housing owners and renters due to unintended consequences.

Please remember that the RHAWA LDF is entirely supported by your generosity, and that your donations support our ability to continue to defend your property rights. Our ability to fight for you depends entirely upon your support.

Read on for updates on current legal challenges RHAWA has filed or supported.

DONATE TO THE LDF NOW

Contributions fund legal research and attorney costs when government chooses to work against landlords rather than with us. Contributions to the LDF are considered ordinary business expenses. Check with your accountant to determine deductions. Membership dues do not fund the LDF - all contributions are voluntary.

RHAWA filed a legal challenge against this ordinance in September 2020 and a summary judgment hearing is scheduled for January 2021.

With no end in sight to emergency orders banning evictions, private landlords are now faced with a minimum of one year passing before they can again require rent to be paid. This burden, without meaningful support or subsidy provided by government for market-rate housing, makes it untenable for thousands of landlords in Seattle and across Washington State to survive this crisis.

RHAWA filed a notice of appeal in our case challenging Seattle’s Post-Emergency Eviction Ban and Winter Eviction Ban in March of 2021.

Passed unanimously by Seattle City Council in August 2017, and enforced since February 2018, the ordinance effectively bans landlords from accessing and considering an applicants’ criminal records history and information as a part of the tenant screening process at properties in the city.

RHAWA and Pacific Legal Foundation have partnered to challenge this ordinance, with RHAWA serving as plaintiff against the city in the case. The challenge is based upon our assertions that it violates the due process and free speech provisions of the Washington and U.S. Constitutions.

RHAWA’s advocacy team spent months on this issue attempting to find compromise and that the city roundly ignored the concerns of our membership. Recidivism data indicates that re-entry to society is difficult and requires an actual supportive services system that landlords are not equipped to provide.

An amicus brief is a legal statement filed by a non-litigant in support of one side of a legal argument. The briefs advise the court of relevant, additional information or arguments that the court might wish to consider. RHAWA has filed amicus briefs in several other lawsuits deemed to have a relatable impact to our membership. As an organization representing landlords, we can provide further details and considerations in an amicus which might not have been otherwise heard due to the lawsuit not directly involving rental housing.

This Seattle ordinance bans the use of online “rent bidding” platforms in the city. Two sites, Rentberry and Biddwell, were specifically focused on as possibly impacting the rental market in a way that was theorized could hurt rental affordability. Less than 10 properties in the entire city used the two sites at the time the law was passed, and all the units were luxury apartments concentrated in new construction downtown.

In a ruling upholding the law, a judge deemed that the plaintiff landlord lacked standing to sue as they were not trying to rent their unit at that time. The judge also determined that the First Amendment did not protect the platform as it was deemed to be commerce, and not speech.

In support of RHAWA members serving as plaintiffs in this case, RHAWA's LDF submitted an amicus brief supporting the overturn of Seattle's "First in Time" ordinance. The law required landlords to rent to the first qualified applicant and precluded landlords from using any rational judgment in the screening process outside of minimum stated screening criteria. This included an inability to lower criteria for underqualified applicants who may have been moving past some prior issue.

Seattle First in Time Ordinance, passed in 2017. Originally found illegal by King County Superior Court, but was appealed to the State Supreme Court and ruled to be Constitutional in November 2019.

This ordinance created a property tax in the city which funds $100 in vouchers per registered voter in the city. Candidates for office are allowed to select if they’ll take public funding for their campaign which allows them to intake the vouchers.

The program is funded by property taxes paid by members who may not have the opportunity to vote in the city, in addition to being an additional operating expense which increases overall rental housing costs in the city. The program has had more than $2 million in administrative costs to distribute $1 million in vouchers.

RHAWA joined a coalition supporting an amicus opposing Seattle’s income tax law due to its direct impact on the property of our membership. Under the law, money derived from a sale of property was deemed as income and subject to the city’s tax.

This case involves King County charging “rent” for the use of public rights-of-way, claiming it has jurisdiction to enact charges for private utilities to deliver service (in some cases the land is actually private).

Other lawsuits our LDF has fought include:

Our Legal Defense Committee reviews all ordinances and legislation which impact the rental housing industry. When necessary, we intervene with decisive legal action to uphold the rights of landlords.

When you join, you will gain immediate access to all RHAWA has to offer! See membership options here. 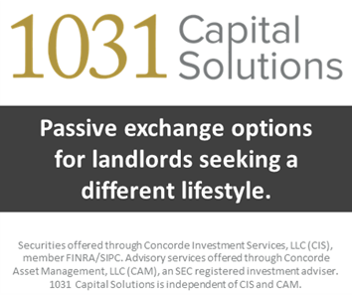 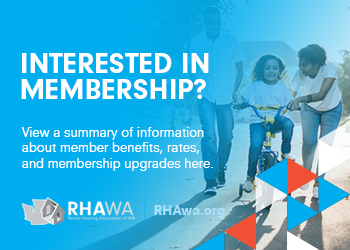