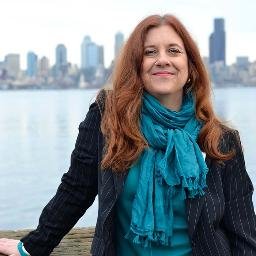 Thank you for writing to me about the Fair Chance Housing Legislation. This legislation will not go into effect until 150 days after the Mayor signs the bill. This will give the City time to implement a new Fair Housing Home Program to help property owners get ready to adjust their practices consistent with this new law. The Fair Housing Home program will help landlords learn how they can implement practices that will affirmatively further fair housing by reducing biases in tenant selection. An estimated 30 percent of Seattle residents over the age of 18 have an arrest or conviction and seven percent have felony records.

This ordinance prevents landlords from screening applicants based on criminal convictions; arrests that did not lead to a conviction; convictions that have been expunged, vacated or sealed; juvenile records; or status of a juvenile tenant on the sex offender registry. The bill also prohibits the use of advertising language that categorically excludes people with arrests or conviction records. The legislation does not apply to people registered as sex offenders who committed their crime as an adult.

Some of you have posed questions or concerns regarding this legislation, I have done my best to compile them here and provide answers that I hope will be helpful. Please see the attachment.

City Councilmembers are required to juggle and balance the needs of all members of the community. Today, largely because of the new access to data that historically has been less accessible, landlords can reject tenants because they’ve been arrested in the past seven years – not convicted – arrested. This was not a practice most landlords used 20 years ago.

Punishing someone who hasn’t been found guilty is a true injustice, especially for a criminal justice system that disproportionately arrests and convicts people of color. In the case of those who have been convicted, the way I see it, you’ve paid your debt to society if you’ve served your time. Blocking formerly incarcerated people from accessing stable housing is an extrajudicial punishment not consistent with the rule of law.

It is also a recipe for recidivism and less safety for our communities. Recidivism decreases significantly when people get housing. With housing, a person is seven times less likely to reenter the criminal justice system. I would expect anyone in favor of a safer Seattle to support this bill.

Further, we are in a homelessness state of emergency. If we do not do more to ensure housing providers provide housing for the 55% of unsheltered homeless people in Seattle with criminal backgrounds as a barrier to accessing housing, then we are derelict in our duty to address the homelessness state of emergency – for which we have the authority and moral obligation to act with expedience.
Given the benefits of a. greater public safety by reducing recidivism, b. addressing acute housing needs, c. as well as redress for the racial inequities of our criminal justice system, the Council voted unanimously in favor of this legislation, including two Councilmembers who are themselves landlords.

Again, I appreciate hearing from you and I do take your opinions into account.